If the judge sides with you in the beginning of a case, this doesn’t always mean the jury will side with you at the end. A plaintiff can clearly suffer an accident caused by the defendant but not be rewarded any damages.

The Story: Plaintiff gets into a multi-car pileup while in a cab 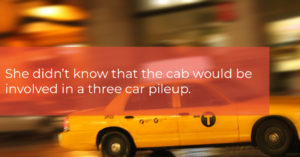 On December 17, 2011, Ebony Stanford, a 33-year-old security officer at Harlem Hospital, entered a cab, not knowing it would soon be involved in a three-car pile-up. The cab navigated through Manhattan traffic on the FDR Drive. Suddenly, around the 53rd Street exit, it was hit from behind. And then again from behind.

The cab had just been rear-ended and then that car was also rear-ended; a three-car pile-up in New York traffic.

Ebony remained conscious throughout the ordeal, and claims she suffered injuries. The ambulance came and took her away. She had suffered whiplash and her neck and back hurt. The first-responders strapped her to a stretcher and stuck her in a neck brace and transported her to the New York Presbyterian Hospital. There she was examined and x-rayed, but ultimately sent away walking without any assistance. 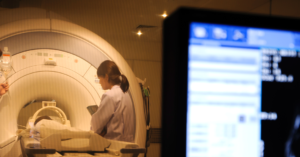 She continued to suffer back pain and went to an urgent care and then to the Manhattan Rehabilitation Center. There, she underwent MRIs and x-rays and received physical therapy for four months. She also underwent three spinal manipulations under anesthesia.

She alleged to have suffered from bulging lumbar discs and pain in the cervical spine. This pain made her unable to lift her six-year-old daughter, carry heavy groceries, or walk fast. For these reasons, she ultimately brought a lawsuit against the two drivers.

Her case finally went to trial in 2015, four years after the accident. It was titled Stanford v Rideway Corp.

Early on, Ebony filed a motion for summary judgment on the issue of serious injury. This is a motion in which the judge is asked to file a summary judgment which would say: this issue does not need to go before the jury. Then the judge would review the paperwork and make the decision. Here, Ebony won this issue. The court granted the summary judgment on the issue of serious injury in the 90/180 category under Insurance Law Section 5102. The 90/180 category means that she suffered injuries that didn’t allow her to perform her usual activities for at least 90 out of the first 180 days after the accident.

However in a strange twist, the jury still considered her injuries; notwithstanding the summary judgment. Medical experts from both sides battled it out in court. The defendants’ experts said her injuries were minimal and were actually the result of her obesity — she was 230 pounds and 5 feet 4 inches. The plaintiff’s experts said the injuries were significant and consequential.

The Ruling: The jury didn’t believe the plaintiff 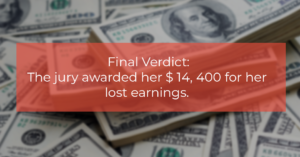 Even with the small initial win over the summary judgment, Ebony ultimately lost the bigger battle. In the final verdict, the jury awarded her $14,400 for her lost earnings; which she lost because she couldn’t work for six months. But the jury ultimately awarded her nothing for pain and suffering; they did not believe her injuries qualified. Pain and suffering damages usually make up the bulk of a monetary reward in personal injury cases.

Ebony didn’t think this was right, so she filed for an appeal. She, however, ultimately lost the appeal as well. The higher court said the jury did not need to believe Ebony’s description of her pain and could disagree with the objective medical findings that the summary judgment was initially based on.

Plaintiffs: don’t think you’re going to win big money just because the judge sides with you early on. A lot can change if a case goes before a jury and the jury can see things differently than the judge. Be ready to do what it takes to convince the jury.

This is a unique case where a plaintiff won an important summary judgment early on but ultimately lost a case to the jury. Ebony should have been able to win if she had 1) had more convincing medical experts, and 2) had challenged a different issue of the case (such as that of the jury instructions) on appeal.