A traditionally “defendant friendly” court in Allegheny County, PA shocked observers in March of 2017 by finding massive damages for the plaintiff in a slip and fall case. Allegheny County courts are generally lenient on defendants and tend to only award punitive damages for especially grievous actions. The defendant in this case, Target Corporation, must have been shocked when the jury returned a $2.1 million award to the plaintiff.

This case arose from a slip and fall accident in December of 2013. The plaintiff in the case, Melissa Horton, was visiting Pittsburgh, Pennsylvania as part of her job working as a producer for NBC’s Sunday Night Football. She and her crew were getting ready to work the Steelers vs. Bengals game on Sunday. Horton had a tradition every time she was in a city for filming. She would make a “Target run” and pick up anything she or her crew members might need while they were in the city.

The day of this incident, she was making her traditional shopping trip when there was a soda spilled on the floor of one of the Target aisles. Rather than closing the aisle to clean the spill, Target employees left the aisle open and cleaned the spill a little bit at a time.

While Horton was shopping, Target employees told her that she could shop from an area that had already been completely cleaned; however, when Horton stepped into the area, she slipped because the floor had not completely dried. The way in which she slipped forced her into a complete split. This forced, extreme stretch completely ripped her hamstring from her hip socket. 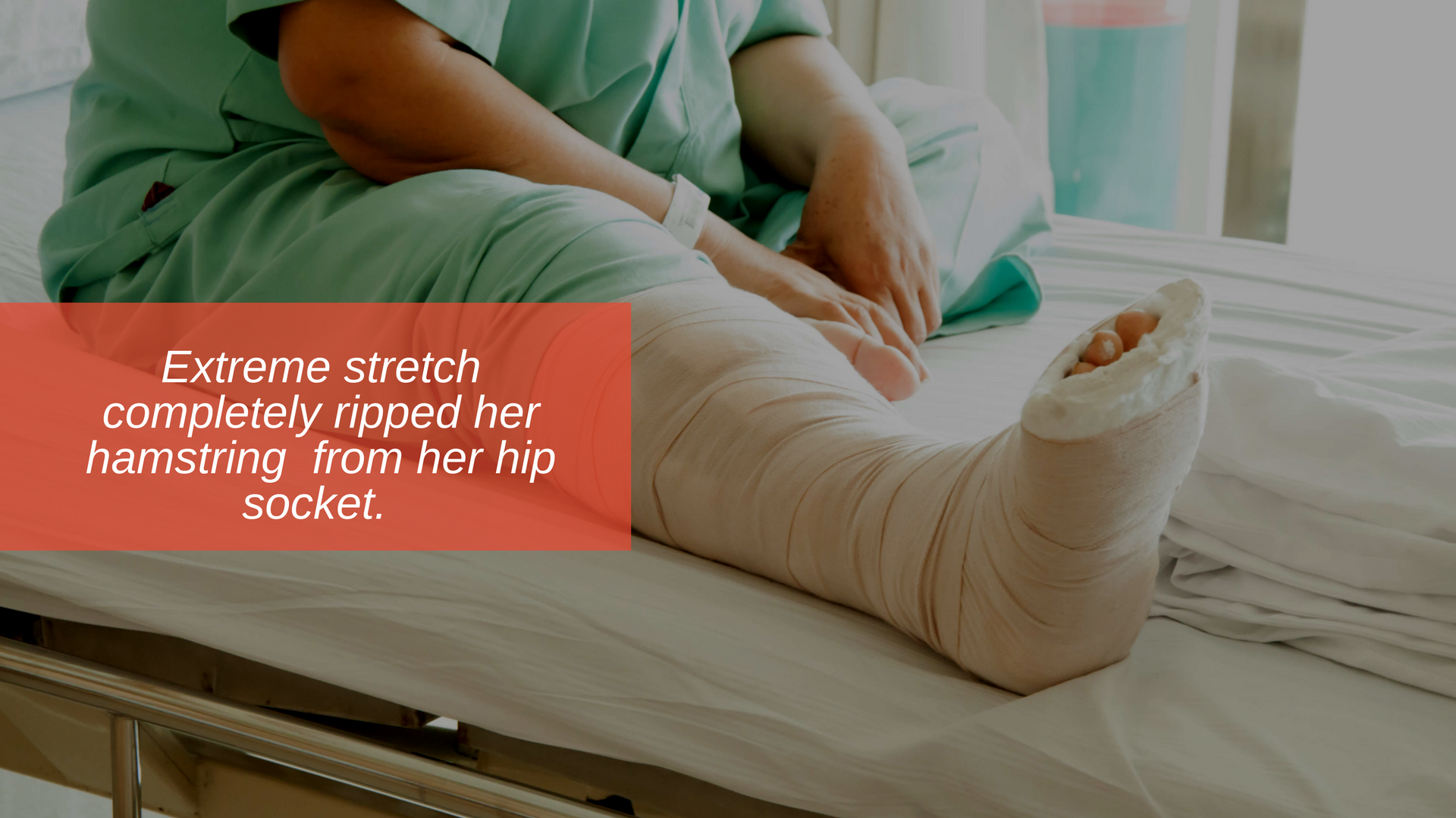 Horton had to undergo a reattachment surgery and was confined to a full body brace for six weeks. She was unable to produce several NFL games, including playoff games. She also was unable to cover the Sochi Olympics as planned. She developed sciatic pain because of the surgery and walks with a noticeable limp. Following her surgery, she had to attend more than 200 physical therapy sessions and experienced back spasms if she sat for too long.

The lawyers for Target contended that Horton was contributorily negligent, meaning that if not for her own actions, the accident would not have occurred. They attempted to show that Horton had seen the yellow caution signs put up by the employees warning that the floor may be slippery.

Horton’s lawyers were able to show that the accident had not occurred within the sectioned off part of the aisle. They contended that she would not have been expected to believe that the floor in that area was still slippery. In addition to this, Horton’s lawyer used the testimony of one of the Target employee, Najee Salaam, who witnessed the accident and testified, said that he saw Horton carefully avoid the area that was being cleaned.

The case was submitted to the jury on March 13, 2017. The jury found that Target was completely at fault for the accident and that Horton had not contributed even slightly. The trial lasted for four days and the jury deliberated for one full day before coming back with their verdict.

This is an important case for anyone filing in Allegheny County. Historically, this county has given plaintiffs low damages for personal injury claims. Many believe this is to deter greedy plaintiffs from coming to the court for a handout. This case, however, represents a dramatic shift from that way of thinking. $2.1 million is massive amount in damages in any jurisdiction, let alone this one. 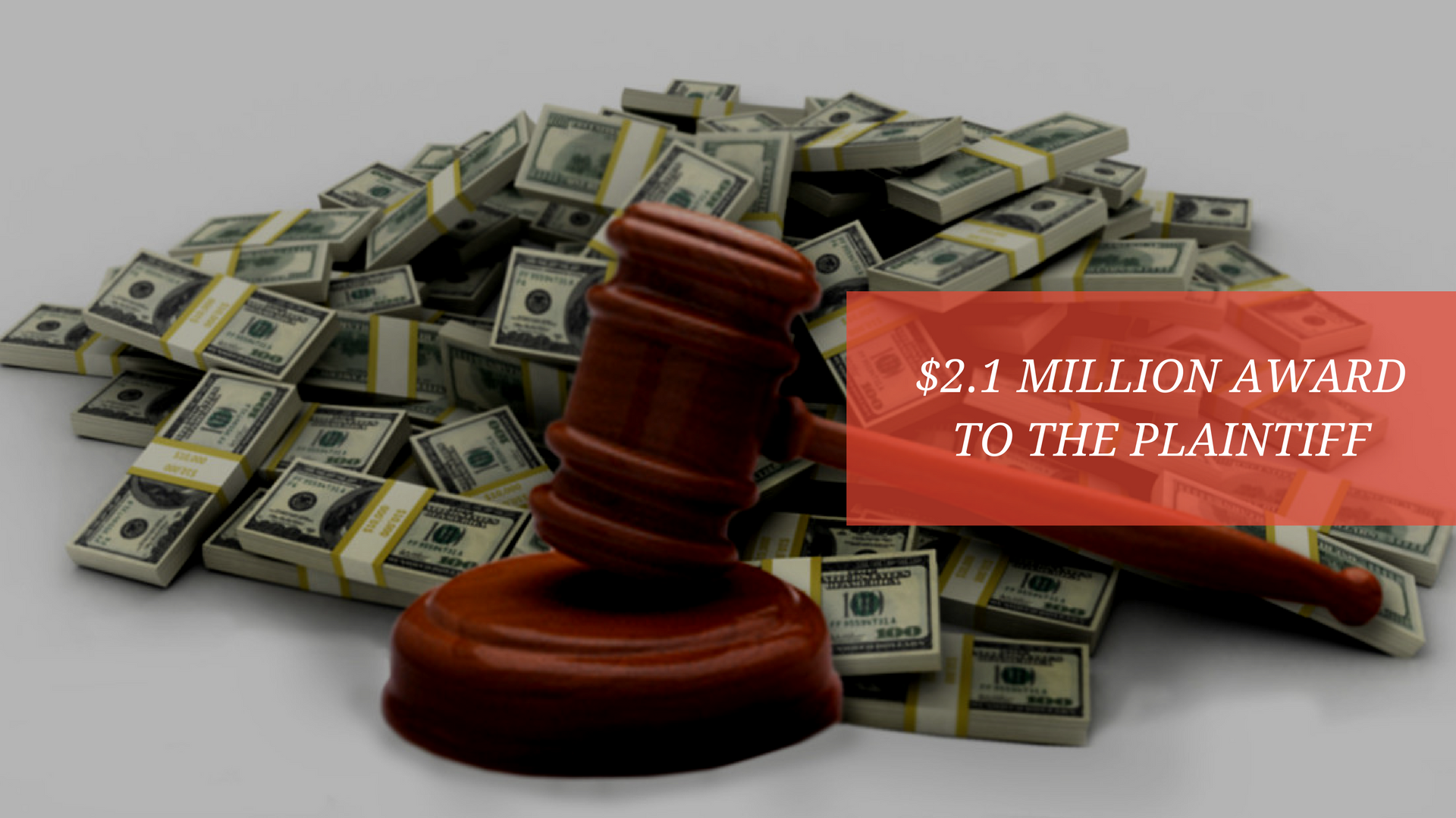 In my opinion, plaintiffs who may have considered their case not worth the hassle in this jurisdiction should reconsider. The court is generally wary of slip and fall accidents because they do not want to reward plaintiffs who go out of their way to look for a lawsuit. This makes them one of the most difficult personal injury cases to win. This case has flung the door open for future plaintiffs to bring their cases with a higher chance of success. The court was smart in using this case to award high damages, because the evidence showed that Target was at fault for the accident. Had Ms. Horton slipped in an area that was closed off by the yellow warning signs, I do not think she would have received a penny.