Alonzo Hodge working on the morning of January 2, 2015. He was 42 years old at the time and an experienced bus driver. As he crossed Rockaway Freeway where it intersects Beach 56th in Queens, NY, he had no idea that he was about to be involved in a terrible accident.

Perhaps it was fate that day, the company who maintained the traffic lights, Welsbach Electric Company was performing routine maintenance at that exact corner. The Defendant, Paul Richter happened to make a left turn at the exact moment that Alonzo was crossing the street. Richter immediately apologized after the accident, taking complete responsibility for ramming his car into Alonzo. Perhaps it was fate, perhaps it was just a coincidence, but either way, Alonzo was the one who suffered.

Alonzo was taken away in an ambulance and transported to St. John’s Episcopal Hospital. There he was treated for a concussion, herniation of six of his inter-vertebral discs, a herniation and tissue tear of another disc, a derangement of his knee, and two sprained wrists. He also suffered from loss of range of movement in his neck and nerve damage. In addition to all of that, after he was released from the hospital (4 days later) he continued to suffer from post-concussion syndrome, a very serious side affect of concussions which includes sever headaches, vertigo, and blurring vision. Personally, I would have a hard time driving, let alone driving a bus, with such severe symptoms.

For 65 days after the accident, Alonzo was unable to work. Two months of lost income, unbearable pain, and limited movement. At first, Alonzo filed a lawsuit against Richter and Welsbach Electric Company for their part in his unfortunate accident. Welsbach contended that they were not at fault for the accident and that the charges against them should be dismissed. Both Alonzo and Richter testified that the lights were working properly. 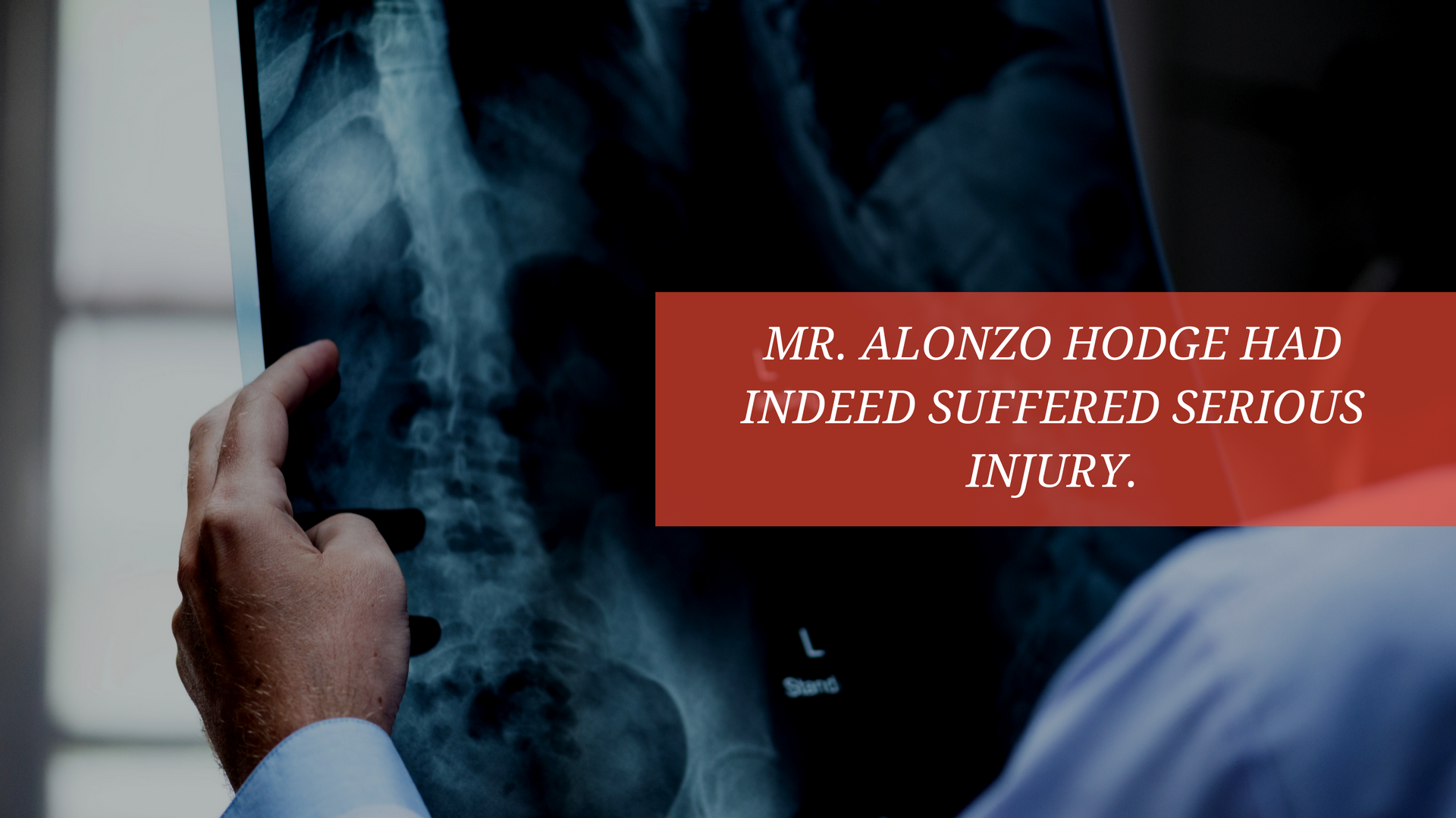 Richter, perhaps looking for a scapegoat originally claimed that the Welsbach truck had blocked his view of the intersection, making it impossible for him to see Alonzo crossing traffic; however, he later contradicted himself by claiming that he was, in fact, able to see well past where the truck was parked. Perhaps the most damning part of his testimony, Richter admitted that he did not stop at the intersection and “glided through his turn.” Alonzo eventually dropped his suit against Welsbach and continued in his lawsuit against Richter.

Richter’s main argument was that Alonzo had been in a previous accident in 2010 and that his injuries had stemmed from there. How Alonzo would have been able to stand the physical pain of those injuries for five years until Richter negligently hit him was not explained. One of Richter’s experts claimed that she did not think Alonzo’s injuries were permanent or serious.

Over three years after the accident, the court finally ruled that Richter was completely responsible for the accident and allowed the case to proceed to a jury for a finding of damages. The trial lasted a total of two days, with both sides bringing in several experts, including two neurologists, two orthopedic surgeons, and several other doctors. 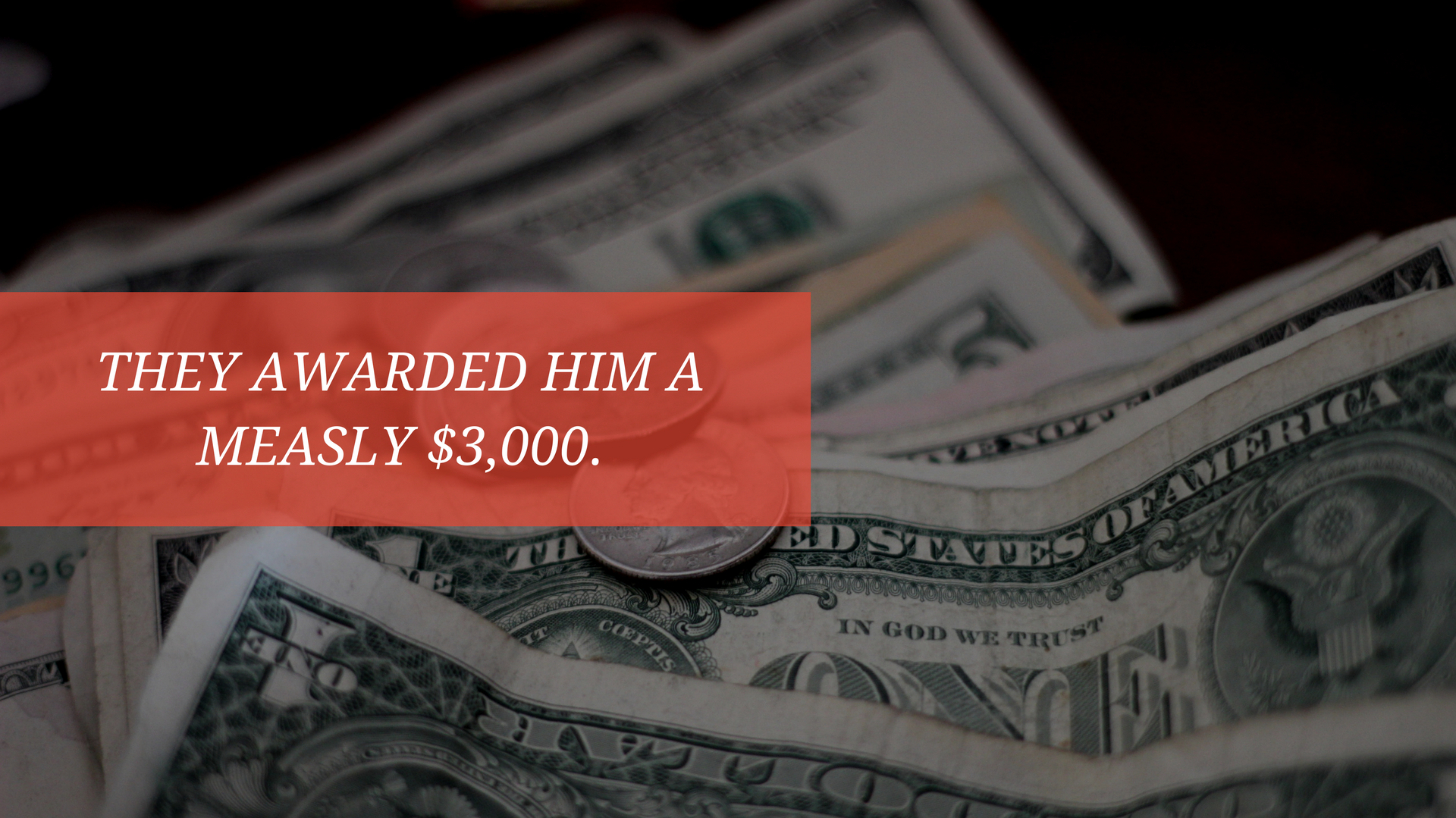 While the jury found that Alonzo had indeed suffered serious injury, they awarded him a measly $3,000. This is a shockingly low amount for such a serious accident. From a practical standpoint, Alonzo was unable to work for two full months, he was also in the hospital for four days, and had to pay to continue this lawsuit for three years. Even after winning $3,000, Alonzo will still have to pay his lawyers and potential future medical costs.The chances that Alonzo was able to use any of that money is very slim. Meanwhile, Richter was able to place the blame on poor Alonzo, convincing the jury that Alonzo was really hurt five years prior to his own carelessness. Unfortunately for Alonzo, playing the blame game allowed Richter to get off with careless, negligent, and dangerous driving.