A number of years ago, a 40-year-old electrician, was working in a Federal Express warehouse located in Brooklyn. He and a co-worker were assigned to the area to repair various non-functioning high bay lighting fixtures that were attached to the ceiling of the loading dock area. 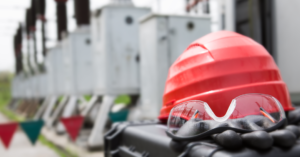 In order to reach one of the fixtures, he climbed a 28-foot aluminum extension ladder. While working on the fixture, he slipped and fell approximately 14 to 16 feet and landed head-first.  The electrician alleged the defendant violated labor law, claiming that he was not provided with any protection as he climbed the 28-foot ladder.  He also claimed that while he was in the course of his duties, he received an electric shock causing him to fall.

The electrician was rendered unconscious after the fall. He was found at the scene bleeding from his mouth, ears and head. He was subsequently rushed from the scene by ambulance to a hospital. This was not a typical slip-and-fall personal injury. His injuries included blunt force trauma to the head, unconsciousness, fracture, skull, hemorrhage, contusions, swelling, catheterization, fracture, lung, puncture, and internal bleeding requiring multiple transfusions.

At the hospital, an intracranial pressure monitor was inserted operatively through a burr hole in his skull. The electrician also had to be inserted with endotracheal, nasogastric and chest tubes, as well as with a subclavian central venous line and catheter. He ultimately required regular cognitive rehabilitation therapy and, of course, psychotherapy.  These types of injuries often leave scars that cannot be seen. 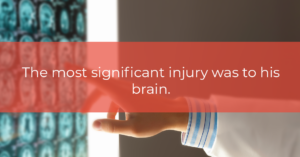 In pre-trial proceedings, the electrician claimed that his most significant injury was to his brain, which he alleged resulted in severe cognitive deficits and psychological misfortune. He further claimed that he continued to suffer from severe memory loss, confusion and depression as a result of his injuries. In addition, he alleged that he has difficulty performing even basic daily functions. He contended that he has been totally and permanently disabled and that he was unable to work as a result of his injuries. He also argued that he will require regular home attendant visits and ongoing medical treatment indefinitely. 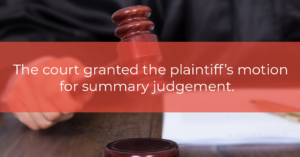 The case never made it trial because the court granted the electrician’s motion for summary judgment on liability.  What this means is that judge saw there were no factual issues for the jury to decide – the who, what, when, where, and how.  Instead, this was a matter of law. The electrician’s employer was completely responsible for the fall and the injuries that ensued. With that information and finding, the parties negotiated a $5.5 million pretrial settlement.  I think this is a good thing because when a client gets a result he deserves without having to go through a trial, then he can return to his life more quickly and with less stress. Not all cases settle pre-trial, and that’s okay.  Because our attorneys are equipped with the skills to maximize your potential recovery at the negotiating table or in the courtroom, we’re able to handle your case at each and every stage of the process.