Several years ago, Oscar Torres, a thirty-nine year old truck driver, was delivering office furniture in New York, when he was struck in the head, neck and back with the metal gate of a freight elevator. The location was a high rise building owned by Defendants 425 T35 FG LLC and Hiro Real Estate LLL, and the elevator was being operated by Defendant, American Building Maintenance Co. of NY employee Rafael Valdez. 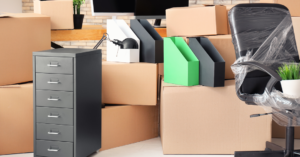 One day after the accident, Mr. Torres was rushed to the emergency room at Lutheran Medical Center with complaints of head, neck and back pain. He was ultimately diagnosed with a herniation of the lumbar spine. He underwent a course of conservative treatment, including aggressive physical therapy, which was unfortunately unsuccessful.

Two years later, Mr. Torres underwent a lumbar decompression. However, his complaints continued and, he later underwent a fusion of the lumbar spine. 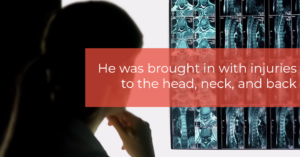 Mr. Torres underwent additional physical therapy and a series of lumbar epidural steroid injections. He had a temporary spinal cord stimulator placed, as he was not a candidate for a permanent spinal cord stimulator. Mr. Torres continued to utilize medication for pain relief. It soon became clear that he would require future medical care during the course of his lifetime in excess of $2 million.  The medical procedures simply weren’t working effectively enough.

At the time of the accident Mr. Torres worked as a truck driver making approximately $33,000 per year. During litigation, Mr. Torres alleged he was unable to work in any capacity since the accident and would not able to resume any gainful employment during his lifetime. His attorneys claimed and calculated future lost earnings and benefits in the amount somewhere between $2 million and $3million.

The Defendants challenged the nature and extent of Mr. Torres’ claimed injuries. They contended that the Plaintiff made a good recovery from his injuries such that he would be able to obtain gainful employment. Defendants further argued that Mr. Torres did not require the future medical care he claimed. 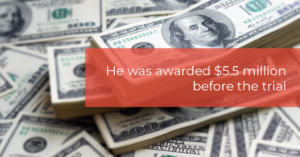 But on the eve of trial, the parties settled after jury selection was completed.  Mr. Torres received a $5,500,000 award for his medical bills and loss of income, both current and future.  This is actually somewhat common in personal injury cases. The parties take the case up to trial, but when they meet and get to know the decision-makers (the jury) there is additional incentive to resolve the case.  Mr. Torres received an award higher than what he anticipated. But I’d also suggest that the $5.5 million was less than if the jury returned a favorable verdict. Nevertheless, it was smart for Mr. Torres’ team not to gamble with his future and reach a compromise that would take care of his needs.  It’s far better than the alternative of him receiving nothing at all.